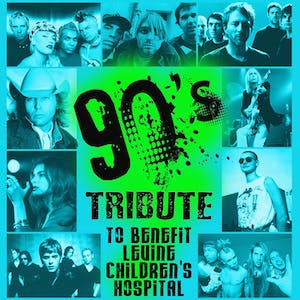 To Benefit the Levine Children's Hospital

The Charlotte music community comes together again for the 14th Tribute To Benefit Levine Children's Hospital at NODA's Neighborhood Theatre on Friday, December 13th. Organized and created by local musician, Justin Fedor (The New Familiars/Ancient Cities), the concert series has raised almost $50,000 for the hospital and this time around, bands will pay tribute to the 90's.

Thanks to our sponsors who help make this show possible: