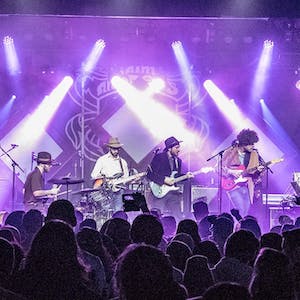 Since 2012 this unique group has played with groups like Papadosio, Dopapod, The Werks, Kung Fu, EOTO, Marco Benevento, TAUK, The Verve Pipe, Badfish, Here Come the Mummies, The Main Squeeze and many more. The group takes influence from Frank Zappa, The Grateful Dead, Phish, Charles Mingus, The Band, and Led Zeppelin to name a few.

Desmond Jones puts on exciting and high energy shows and is proud to say that each set list and each song is different from show to show.