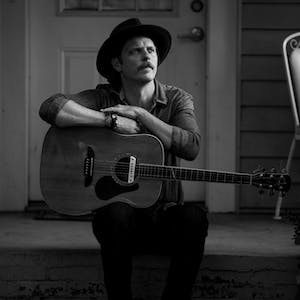 Fedor & The Denim Denim debuted in the fall of 2019 at the Bristol Rhythm & Roots Reunion Music Festival, a city world-renowned as the birthplace of country music. A fixture on the Americana music scene, Justin Fedor first gained notoriety with his now retired band, The New Familiars; and continued in more recent years with rock outfits, Ancient Cities & Chris Shinn. His new sextet places Fedor at the center of an alt-country band that marries both the Appalachian Roots Revival and Texas Outlaw Country sound with the honesty of a Carolina perspective. The band’s personnel is rich with Charlotte music scene standouts including Wes Hamilton (pedal steel), Ian Pasquini (fiddle), Dave Holmes (guitar), and Patrick Bowden (drums).

Fedor’s performances in Charlotte, both solo and with his many bands, have had him playing nearly every venue in town and beyond while sharing the bill with some of the biggest names in Americana music including: Gregg Allman (The Fillmore), Levon Helm (Knight Theatre), Taj Mahal (Neighborhood Theatre), Del McCoury (USNWC), and Tim O’Brien (McGlohon Theatre). In 2014, Fedor began a semi-annual concert series at Neighborhood Theatre in Charlotte, NC called Tribute To Benefit Levine Children’s Hospital which raises thousands for LCH through themed concerts showcasing both local and nationally touring bands. For his continued work benefiting the community, Fedor was recognized by WFAE’s Joni Deutsch (Amplifier) as one of Charlotte's most inspiring artists of 2019. During the industry wide shutdown, Fedor created an online version of Tribute To Benefit which paid tribute to both John Prine in June as well as Black Artists in July and featured notables such as members of Steep Canyon Rangers, American Aquarium, Blind Melon, and more.