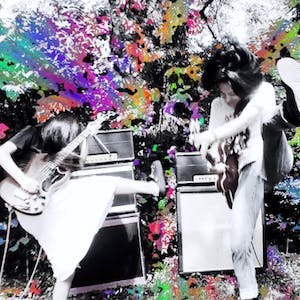 In 2010, Summer: Kayakki has stopped his bass activities.

YURIA has switched from guitar to bass, the live performances is continued by three people.

In 2012, Spring: PDP got contacted by Robby Takac (The Goo Goo Dolls).

Autumn:The first full album recording in GCR audio studio and performing at some lives and festival (Music is Art) in Buffalo, NY U.S.A.

Recording for 3rd album at GCR audio in Buffalo NY.

PDP made a north American tour for Aug/Sep with Detroit’s Downtown Brown.

In 2017, Summer: American East Coast tour in July to September (include with The Winter Sounds in half month).

In 2018, PDP moved their base from Tokyo Japan to Athens GA in May, starting energetic live performances in U. S.

PDP went back to Japan temporarily for visa renewal.

In 2020, PDP got new visa. Came back to America, but couldn’t restart the live tour because of covid-19.

First Acoustic EP “Samsara” was released in July and first vinyl “Are You Ready?” will be released in September by new label Chicken Ranch Records.