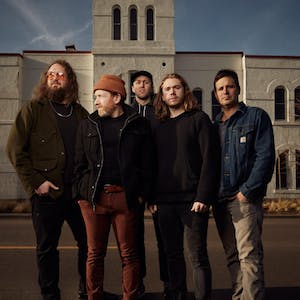 Drawing on the energy of a rock band and the Laurel Canyon songwriting of the ‘70s, The Lil Smokies are reimagining their approach to roots music on Tornillo, named for the remote Texas town where the album was recorded. Produced by Bill Reynolds (The Avett Brothers, Band of Horses), Tornillo is the band’s third studio album. Formed in Missoula, Montana, The Lil Smokies have built a national following through constant touring, they have performed at Red Rocks, LOCKN’, High Sierra, Telluride, Bourbon & Beyond and more.

“The Lil Smokies have crafted a captivating album of songs that keep the flavor fresh, comprising their out-of-this world string-skills and phenomenal songwriting with their latest release, Changing Shades. On their third studio album, the Montana-based quintet hop between their dynamic bluegrass roots with a punch of rock and hints of country heard in lead singer Andy Dunnigan’s silky-smooth vocals.” - Live For Live Music

"The Lil Smokies bring exuberance and tight musicianship to the stage." - Glide Magazine