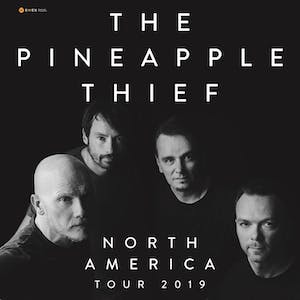 The band, now complete with full-time drummer Gavin Harrison (King Crimson, Porcupine Tree) will be heading to the USA, Mexico and Canada for the first time ever.

Frontman Bruce Soord says: “People have been clamouring for us to bring our show to North America since I can remember. We’ve completed 4 tours of Europe with this lineup with Gavin. And now we are finally able to bring it over the pond. I for one cannot wait!”

The band’s 2016 album, Your Wilderness produced 4m+ album streams, a #7 in the UK Independent Charts and two extensive headline European tours culminating at London’s Islington Assembly Hall where the concert was recorded for the live release Where We Stood. Their recently released album Dissolution has seen the band propelled to even greater heights, having gained a #1 position in the UK Rock Charts and #22 in the German national album charts. The band have garnered high praise across the worldwide media as can be seen in the small selection of review quotes below…

Total Guitar ‘this is essential listening for fans of contemporary prog’

Lust for Life (NL) ‘Dissolution ticks all the boxes’

RockTribune (BE) ‘an album to cherish’

Rockerilla (IT): ’a beautiful album from the beginning to the end, where every track is a piece of a mosaic of enchanted sounds’

This is the official music page for Randy McStine. Randy McStine is a 28-year old musician, songwriter, and producer from New York. As a guitarist, vocalist, bassist, and drummer, Randy has recorded and performed with a diverse list of talent, including members of King Crimson, Genesis, Pink Floyd, Tears For Fears, Porcupine Tree, Dream Theater, Miles Davis, and Joe Satriani, along with musicians and actors from popular theater shows including Hamilton, The Book Of Mormon, Shrek The Musical, and more. He currently fronts two original bands (The Fringe, Lo-Fi Resistance), along with a touring act called PFX-The Pink Floyd Experience. In 2017, he will release a solo album entitled, Blank.