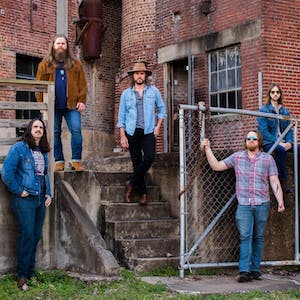 The Alabama-born, Tennessee-bred alt-southern rock band - The Vegabonds - kick off 2019 with the release of their fifth album (and first for Blue Élan Records) entitled “V.” The band will support “V” with a full year of non-stop touring throughout North America and Europe.

"V" crosses boundaries of multiple music genres. These vibrant songs travel from sad to soulful; gritty to glorious. It’s a timeless American album in the sense it deals with eerie matters working people endure and captures their salvation in a song. Songs like “Partyin’ with Strangers”, the new single “I Ain’t Having It” and “When The Smoke Clears Up” proves the group’s ability to move people with a story, beat and melody.

Vocalist Daniel Allen recently revealed, “I hope fans hear stories in the album. We are in a very unique time in history, and this album touches on the struggle of every day folks doing their best to navigate love, work, beliefs and the ever-changing politics that flood our lives daily.”

The Vegabonds got their start in Alabama in 2009 by playing the college circuit across the Southeastern United States. Their popularity quickly burgeoned to the point where they found their fans singing along word-for-word to their first hits like “Georgia Fire” and “Shaky Hands.” Through pure word of mouth, the group’s fan base rapidly grew, and the guys learned they had something distinctive with their eclectic mix of Southern Rock, Country, and earnest songwriting. Their DIY ethic delivered three full-length albums and an EP before partnering with Blue Élan Records for their current release.

With a sound reminiscent of Tom Petty & The Heartbreakers mixed with the grit and twang of the Allman Brothers Band, The Vegabonds deliver a sensational performance, with powerhouse guitar riffs and impactful songwriting, night after night. Their hard work and unbridled talents have not gone unnoticed; the group has opened for such notable acts as Lynyrd Skynyrd and the late Gregg Allman and delivered rousing performances at festivals like Peach Festival, Sweetwater 420, Magnolia Fest, Sunfest and Taste of Randolph.

In addition to countless dates throughout the Southeast, the band has toured Europe three times, played multiple dates in Canada and have visited every corner of the US.

A group of five musicians with myriad influences between them, The Vegabonds are fronted by lead vocalist and songwriter Daniel Allen, with Richard Forehand (lead guitar/vocals), Paul Bruens (bass), Beau Cooper (keys/vocals), and Bryan Harris (drums) rounding out the quintet. 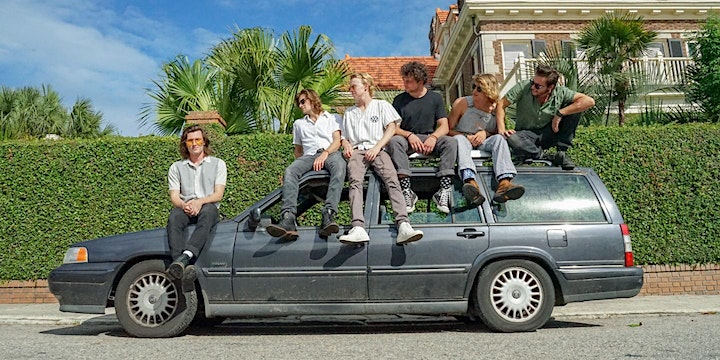 Eighty Seven Nights is a 6-piece rock band based in Charleston, SC. With founding members from NY, PA, WI, DC, NC and TN, their sound comes from a wide range of influences and backgrounds. The band was formed in 2018 while attending College of Charleston.