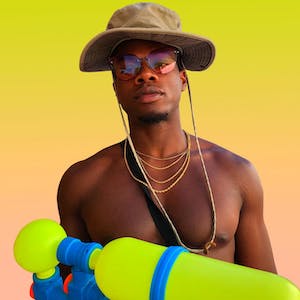 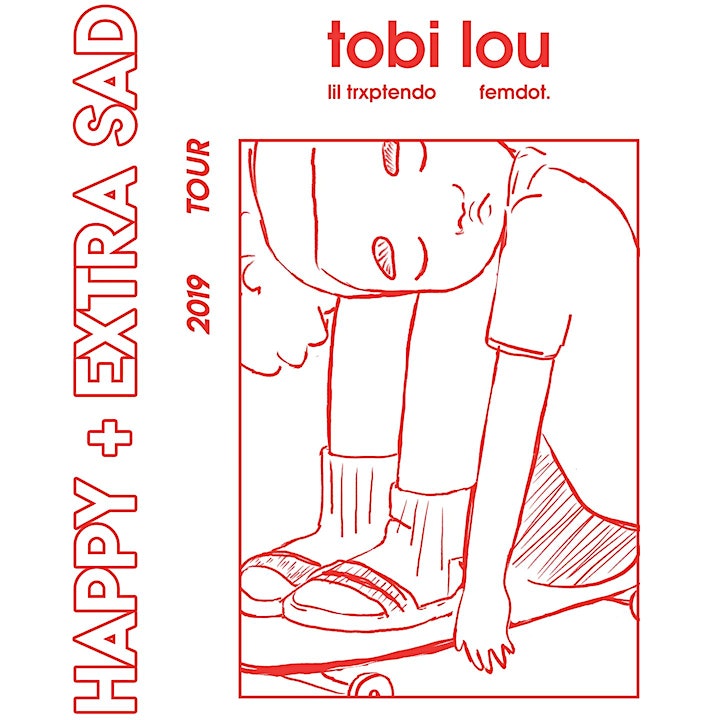 Tobi Lou's an imaginative rapper-singer, born in Nigeria--but raised in Chicago. His expressive creations latched onto music and developed a playful, soulful sound. His visual single "TROOP", off of his forthcoming 'Cult Classic' album, went viral--while garnering the attention and expressive renditions of music aficionados alike. While the single acted as more of a teaser introducing the young artist, "TROOP" took a giant leap forward with a chorus and feature from St. Louis rapper Smino. The Glassface-directed visual, shot by Russ Fraser, accompanies the song, and finds tobi lou in an animated world, surrounded by symbolism that represents his influences - such as the cartoon bear associated with Kanye West, and a cartoon of Pharrell Williams wearing his signature N.E.R.D. hat.

This fall, tobi lou will be embarking on a 29-city tour with Super Duper Kyle and Marc E. Bassey. His debut album is expected at the top of 2019, executively produced by the legendary No I.D.--alongside ArtClub CEO Ketrina ‘Taz’ Askew and tobi's manager/A&R Derrick ‘Lottery’ Hardy.

Lil Trxptendo is a 15 yr old musician providing music for the youth.

If you ask anyone involved in Chicago’s booming music scene who is set to lead the next wave of talent in the city, chances are, Femdot’s name has been mentioned in those conversations. At twenty-two years old, the emcee has been relentlessly building a core following and gaining a magnitude of traction along the way. After the success of his unorthodox roll out for his last effort, "the 20/20 hour", the anticipation is for his upcoming album, Delacreme 2, is substantial and rising daily. And it could not come at a more perfect time.

With Femdot graduating from DePaul University this upcoming March with a degree in Biological Sciences, he no longer has to fly from bio labs to green rooms, as he’s done in the past. As a Red Bull Sound Select Artist, he has also worked closely with the powerhouse brand to help refine his own. With co-signs from publications such as XXL, Fake Shore Drive, Pigeons and Planes, Lyrical Lemonade, Chicago Tribune, Billboard, and DJ Booth to name a few, Fem is on the radar as the next Chicago breakout star. And with a new degree and new project on the horizon, the future is limitless for the young talent.